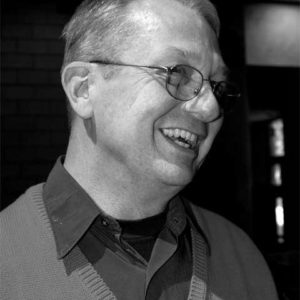 Lance was Professor at the University of Minnesota, Theatre Arts and Dance, for (how many Years?)and is now retired.

His research interest is in the aesthetics of late 19th and early 20th century American theatre scenic art. Mr. Brockman’s interest led to the discovery of the Twin City Collection that contains sketches used for painting scenery for opera houses, vaudeville, circuses and department store displays. Mr Brockman was instrumental in adding two other collections to that and installing them as freely accessible resources at the University of Minnesota library.   His recent interest is in the scenery created for use as backgrounds for the initiation of members in the Scottish Rite of Freemasonry. His research the basis for a NEH funded exhibit titled Theatre of the Fraternity.
Beyond research and collecting extant examples of historic scenery, Lance has devoted time to recreating painting processes based on the collections of the University.

Cobalt Studios was lucky that he brought his knowledge, enthusiasm and guidance to us for all those years!