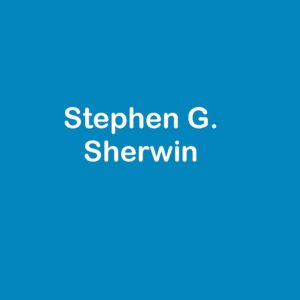 Stephen graduated from Western Michigan University in 1973 with a Bachelor of Music degree. His first teaching job was Director of Performing Arts at Hackett Central High School in Kalamazoo, Michigan. He left the high school after seven years to continue his education. Stephen was awarded a Fellowship to the Hilberry Repertory Theatre Company – Wayne State University, and graduated with a Masters of Fine Arts degree in 1981.

Stephen came to Stevens Point in August of 1981. He is the Program Head of Design and Technology. As scenic designer at UWSP, Stephen has designed over 100 productions. He also occassionally directs, directing productions of Pippin, Into the Woods, Weird Romance, Guys and Dolls, and last season’s Picasso at the Lapin Agile. Next year he will direct Sherlock’s Last Case. It has been a while since he acted; his most recent credits include Benjamin Franklin in UWSP’s award winning production in 1776, Polonius in Hamlet, and Tevye in Fiddler on the Roof for Central Wisconsin Area Community Theatre.

In recent years, Professor Sherwin’s interests focus on computer enhanced drafting, design, and painting in theatre. He is a regular presenter at conferences and workshops on this and similar technology topics. His book, Scene Painting Projects for the Classroom, was published in June of 2005. Interests include gardening and scuba diving.