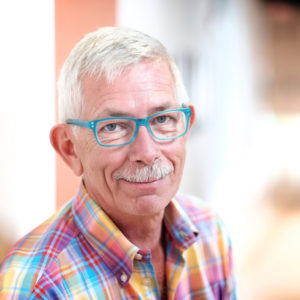 Co-founder of Cobalt Studios, Howard C. Jones is an acclaimed set designer and teacher. His designs have graced stages from coast to coast, including Starlight Theatre, Missouri Repertory Theater, American Heartland Theater, and theater companies in Boston and other east coast cities.

Howard is generous in sharing his skills as a scenic artist with young people who are learning the profession. He currently resides in Winston-Salem, North Carolina, where he recently retired from the Design and Production School at University of North Carolina School for the Arts. He has also spent 5 years as Assistant Dean there.