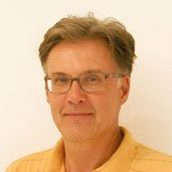 Nels received his Bachelor of Arts from the University of Michigan in Ann Arbor, MI in 1981. He lived and worked in Paris from 1983 to 1985 as a consultant at the Mayflower Interior Design Company. He went on to study at the renowned Van der Kelen School of Painting in Brussels, Belgium receiving its highest honor of the Gold Medal of Excellence for Decorative Painting. He has been an agent in Christianson Lee Studios, a mural and decorative painting firm that has worked with some of the most renowned designers in the Greater New York City area since 1986. Cobalt Studios has been his only teaching venue, and has enlightened us annually since about 1992.